World Cleanup Day harnesses the power of people around the world to achieve incredible things by joining together. Its beauty lies in cooperation and collaboration: building bridges between disparate communities, and including all levels of society – from citizens to business, to government.
All these environmental heroes came out despite the challenges of 2020 and 2021.
The humble beginning

‍This world-changing idea began in the small northern European country of Estonia, in 2008. 50,000 people united to clean up the entire country in just five hours. On that day, a global bottom-up civic movement was born and spread like wildfire around the globe. This captured the imaginations of people worldwide, who were inspired to follow suit with the same ambitious ‘one country, one-day’ formula. 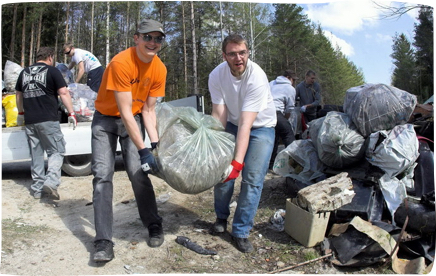 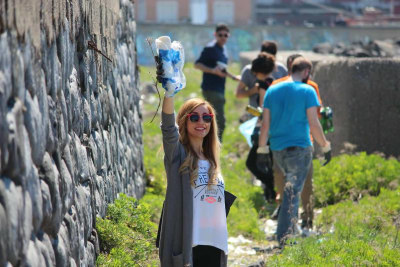 The simple idea has grown into a global movement with millions of volunteers and charismatic leaders. The simple act of cleaning has become a force that binds together people and groups that would otherwise never dream of working towards the same goal. Civil society, governments and global corporations, women in Saudi Arabia, people defying war in Yemen and Syria, Muslims, Jews, Hindus and Christians, men and women, children.

‍Nearly every human on this planet has a place they call a Home. Be it a mansion, a street, a hut or a flat in a metropolis. Then there are the cities, countries, and regions we call home. And the planet we call home. When 50,000 Estonians cleaned their home in 5 hours, the world got wind of it. The simplicity of the idea and the ‘let’s do it’ attitude took off and the rest, as they say, is history. Anyone can pick up trash. In 2018, a 101-year old man volunteered to clean in Curaçao. In Estonia, a group of mothers carrying their babies went out to clean. In Scotland, a dogs association came out with the dogs. But World Cleanup Day has become so much more than the simple act of picking up trash. Daycares, schools, companies, government officials – the old, the young, the rich, the poor, the able and less able – everyone contributed. Because they could. Because they wanted to be involved in making their home a better place. Because they were given an opportunity to help. Because they belong to a community.

Let’s Do It World (LDIW) is a global organization that unites more than 160 countries. World Cleanup Day is the biggest event organized by LDIW. Each country has a leader or a group of leaders, who work day and night, often as volunteers, to mobilize the people in their countries for World Cleanup Day. Leaders come from all walks of life – strong woen defying societal boundaries, environmentalists fighting for a better tomorrow, organizations uniting concerned citizens. Each country is affected by the mismanaged waste in different ways. In some, waste is an issue managed by the government; in some, waste is something that the majority of the population is surrounded by; in others, waste and recycling provides thousands of jobs; in some, mismanaged waste is not such a huge issue and in some countries, mismanaged waste is a matter of life and death. Each country addresses the issues surrounding waste that are most pressing for them. LDIW provides guidance, advice and leadership skills for anyone willing to commit time to the cause. The incredible people leading these 180 countries are nothing short of being heroes of our time.

Let's Do It World is an accredited partner of UNEP and UNEA.

‍There isn’t one. The sad reality is that the human race needed David Attenborough, Greta Thunberg, images of birds strangled by plastic and sealife filled with cotton swabs, to wake up to what’s surrounding us.The millions united by LDIW are a fraction of the world that care enough to take action. A simple action of picking up trash. These people care for the future. They can look beyond differences and work for keeping what unites us – our common home.This is not a dressing down, nor is it finger-pointing or prophesying a doomsday. It is about positive collaboration, the spirit of unity and most importantly, getting something done for the planet and the realization that we need planet Earth with its resources more than it needs us.In summary,Let’s Do It World has never been purely about cleaning up trash. Our vision is a clean and healthy waste free planet. We tackle the environmental challenges related to the mismanaged solid waste crisis by mobilizing millions of positive-minded people into coordinated local and global actions.We see waste as simply a mismanaged resource. Through our activities and campaigns, we aim to create a shift towards better management of resources and inspire towards smarter choices in design, production, and consumption. It also works to raise global awareness and implement lasting changes to end the global waste epidemic, once and for all.

Let’s Do It World has five core values:
If you, too, want to get involved in this global effort to make our home a cleaner place, please contact a representative in your country.
Contact your representative

‍We, as a Let’s Do It World network, are very proud and thankful for the recognition.

Let's Do It World is the winner of UN-Habitat Scroll of Honor Award 2021!

World Cleanup Day was the Finalist of Energy Globe Award 2019!

Thank you UNESCO and Japan for UNESCO-Japan Education of Sustainable Development prize in 2018 which was given for World Cleanup Day action.

‍Thank you all the regional and local prizes and recognition. It means a lot for tireless leaders and volunteers working for the cleaner World and for every living being on Earth! 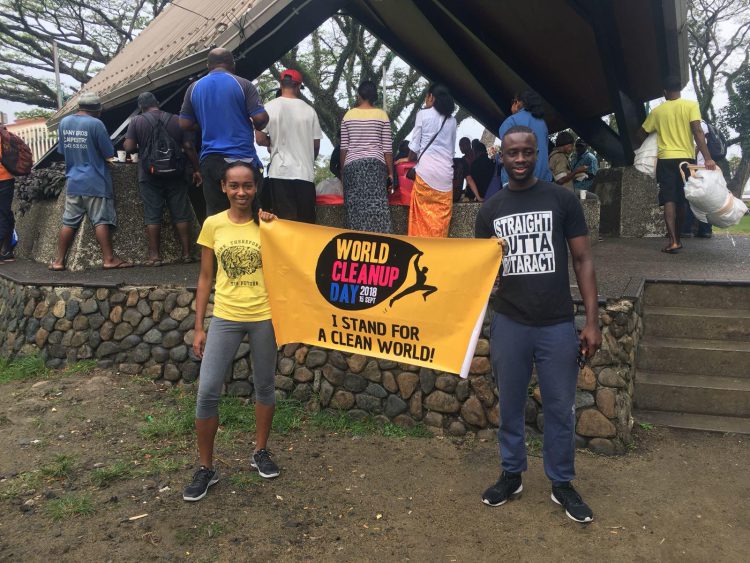