Right at the centre of Asia, with a population of more than 20 million people, is the beautiful country of Kazakhstan. Like all countries in the world, Kazakhstan has multiple environmental challenges. Here, these are being faced by our own Let’s Do It World warrior, Shassalim Shagalimov.

Shassalim has been an eco-volunteer since 2014. He started with a small-scale cleanup involving around 60 of his family and friends, which gradually turned into a yearly project called 'We are for a clean country'. In the first cleanup, nine tons of waste was collected in two hours. This inspired Shassalim to think about doing cleanups on a larger scale. Luckily, Shassalim found World Cleanup Day in 2017 and has been involved ever since. Shassalim has been organising cleanups outside the city, near lakes and riverbanks, in cooperation with the government, who manage urban waste collection. Today, Shassalim is vice president of the society that’s collaborating with WCD, and is network leader of WCD in Kazakhstan. Under his leadership, Kazakhstan engaged more than 298 000 people in World Cleanup Day 2021.

He explains why this topic is important to him: “Working on a deposit system is an essential project as people do not realise the consequences on the environment when they throw out their waste. This system helps people realise that they can get money from waste, and in turn helps reduce the number of plastic and aluminum bottles and cans that pile up in our waste”.

To get started, Shassalim had the great idea of starting to work with building up the vending machines, collecting plastic bottles or aluminum cans from the streets. To link in to the motivation of the communities and users wanting coupons with a monetary value, the systems needed partners. It needed to work with city government, to have the coupons exchanged for free city transportation, as well as in partnership with many stores, to get a reduction on the prices thanks to the coupons. For example, plastic bottles from between 25 g and 2.5 litres and all aluminum cans can be exchanged for coupons worth 2 Kazakhstani Tenge (KZT). Later, Shassalim also added an option to support the project itself as well as to give the money to charity.

On the topic of patents, Shassalim explains: “There were no patents, but this system was introduced to Kazakhstan by me from the inspiration I got from Estonia. I ordered the machines from Russia. The cost per machine is around $10 000. Currently I have five functioning machines located in various places around Kazakhstan.”

More about the project

The organisation is called ZQ-2021. This name is in Kazak language, and translates to “green shield”. The central team consists of two IT professionals, working alongside Shassalim. The IT specialists help with the smooth running of the machines, giving them servicing and maintenance if required.

Shassalim’s role is focused on collecting the bottles and cans and organising the whole system behind that, as well as doing the partnership engagement. For example, the City Transportation System (CTS) has agreed to collect bottles and cans. Similar agreements have also been made with stores, railway stations, resorts (such as the Pink Flamingo nature resort) and schools. Many citizens are engaged in this project too, whether through the cleanups themselves or the deposit systems that’s in place.

The project has faced some challenges. When the deposit system was implemented, there were criticisms that the payment in return for recyclables was not satisfactory. This was overcome by adding the possibility for these payments to go to charity. However, funding issues have still not been addressed, as there is currently no government backing for the project. Additionally, broken vending machine engines are difficult to fix, as the parts must be ordered from Russia. However, there are some initial plans in progress to try and make the machines within Kazakhstan.

The government has given recognition for the cleanups conducted, but there has been no support from the government in terms of installing the deposit system. Shassalim initially contacted the Ministry of Ecology to ask for assistance in installing the deposit systems he saw in Estonia, but this was refused due to financial constraints. It is therefore a self-funded project, with support from partners such as WCD.

The learning point is that people become more engaged when they see some value generated out of the activity they are doing. For example, when they pick up bottles along their way and deposit them, this adds value to the environment. The central team working with the machines are all working free of charge, as they believe in the idea and believe in their work's social and ecological impact.

The initial motivation for the project was making the lakes and riverbanks cleaner, but it has since become about much more than that. The project is not just set up to make money; the social and ecological impact it creates is the primary motivation. This project teaches people that waste is a resource, and that you can make money from it. The system incentivises people and gets them into the habit of being environmentally and socially responsible.

Shassalim has many plans for the future. Recently, in cooperation with Eurasian Bank, a competition for the collection of bottles and cans was conducted. The top 10 receive a card made of recycled plastic, loaded with cash according to the amount of plastic bottles and aluminum cans they had deposited. Additionally, ways of identifying the bar codes of the bottles that are not yet recognised by the machines are in progress, along with next steps for the collection of glass waste. Progress has also been made towards manufacturing these machines within Kazakhstan, rather than ordering them from Russia.

Tips for other similar projects

These are Shassalim’s tips on the necessary first steps for other countries wanting to start a similar project. It is necessary to collect 900 000 bottles to recover the initial money invested in the machine. Thus, if profit is the only motive when starting out, you might lose motivation if the project is not run on a large enough scale. There are three ways of working initially. You can be the person who (1) collects and delivers the bottle, (2) owns a recycling service, or (3) does both. But it is necessary to put the ecological benefits before the monetary benefits you may gain. 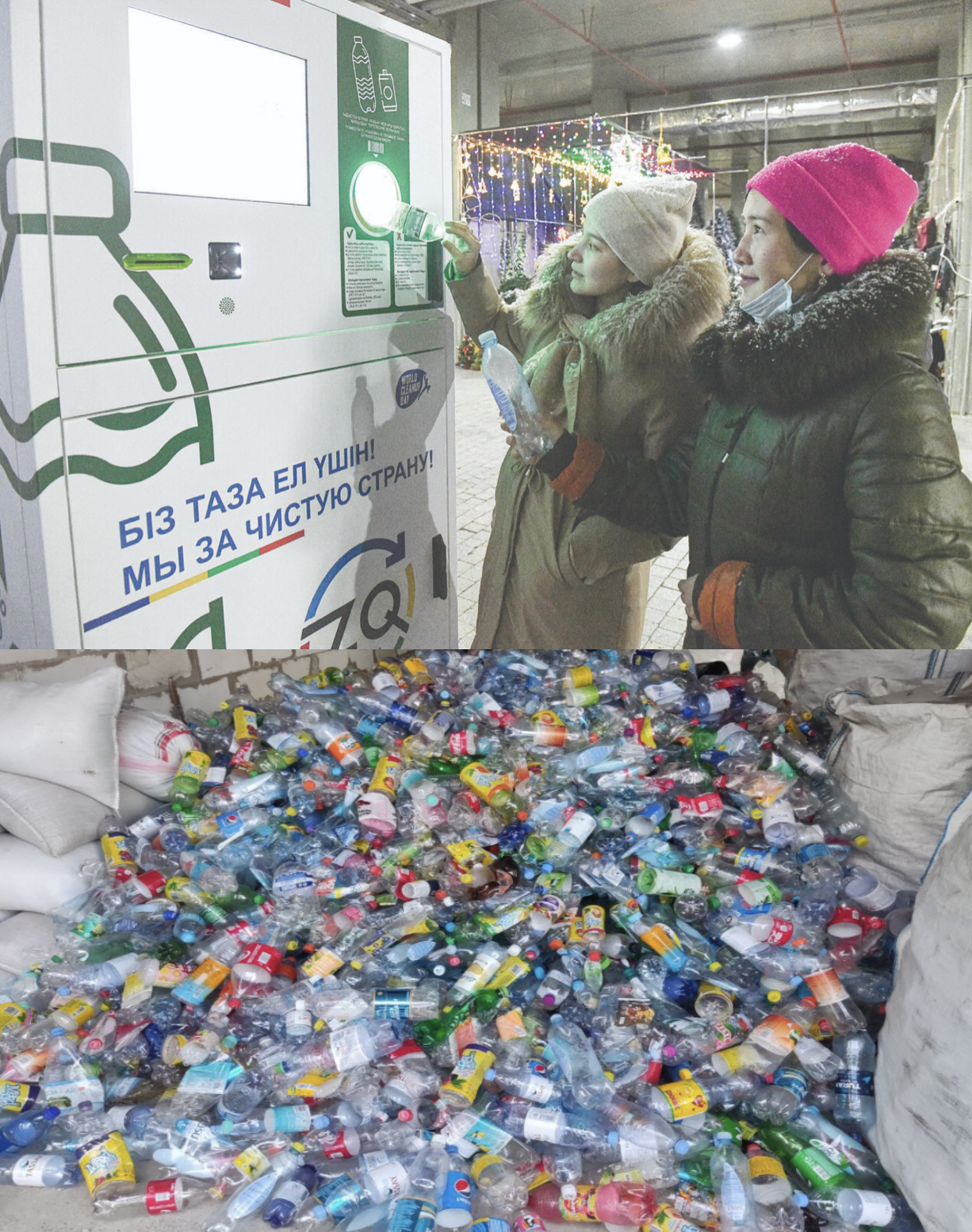 Like all countries in the world, Kazakhstan has multiple environmental challenges. Here, these are being faced by our own Let’s Do It World warrior, Shassalim Shagalimov.