Estonian President Kersti Kaljulaid, who was in Kenya for a three-day state visit in early September, participated in a World Cleanup Day pre-event in Mitchuki park, Nairobi on 10th of September together with the president of Let's Do It World Heidi Solba and Executive Director of Let's Do It World Anneli Ohvril.

The Mitchuki park is situated along Nairobi River between the Globe Cinema roundabout and the western end of Uhuru Highway. The park was initially a solid waste dumping ground and place for the gathering of criminals, but was reformed in 2012 into a modern green space.

“It was an honour for us to host President Kersti Kaljulaid at our cleanup event. Her visit was timely as we were just getting set to mark world cleanup day next week,” said Let’s Do It Kenya Founder and organiser of cleanup event Christine Sayo. The event promoted World Cleanup Day that takes place on September 18, 2021.

Heidi Solba commended Kenya for the continued commitment towards championing a clean world through initiatives such as the plastics ban. "Within the Let’s Do It World network, we look at Kenya as an example worth being emulated by the rest of the World. Kenya is taking part in World Cleanup Day since 2018 and Kenya is a country whose citizens and leadership prioritise waste management," said Solba.
‍

World Cleanup Day is an initiative of Let’s Do It World headquartered in Estonia whose aim is to mobilise citizens across the globe to unite together to clean up the entire world in just one day. The cleanup action was organised by Let’s Do It Kenya in cooperation with Nairobi Metropolitan Services (NMS), National Environment Management Authority (NEMA), National Olympics Committee of Kenya and other partners. The participation of the representatioves of Let's Do It World in Estonian President state visit to Kenya  was covered by National Foundation of Civil Society of Estonia. 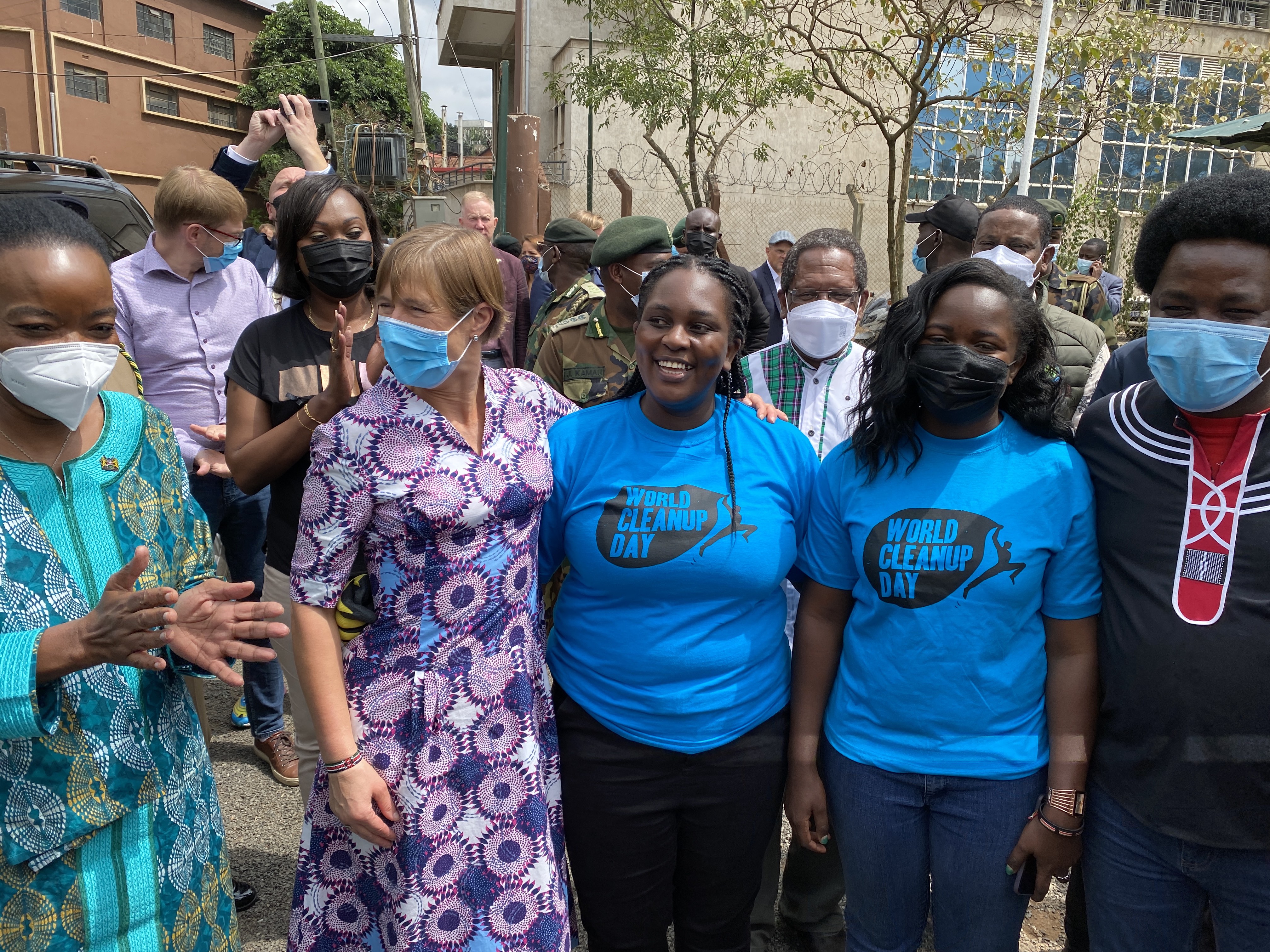 Estonian President Kersti Kaljulaid, who was in Kenya for a three-day state visit, participated in a World Cleanup Day pre-event in Mitchuki park, Nairobi on 10th of September together with the president of Let´s Do It World Heidi Solba and Executive Director of Let´s Do It World Anneli Ohvril.