With World Food Day observed on 16 October, it feels like the right time to talk about food waste. In this article, we’ll look at why food waste isn't as innocent as it may seem, and how to nourish yourself wisely—without harming the environment.

How Big Is the Food Waste Problem?

The amount of food that is produced but never eaten is shocking. It’s been estimated that ⅓ of all food in the world is thrown away. This waste occurs at various stages of the consumer chain, and each stage has its own ecological consequences.

Scientists have dispelled the myth that most food waste on farms is due to visually imperfect fruit and vegetables that can’t be sold. In fact, businesses have already found solutions to avoid losing money on “ugly produce” (i.e. produce that is too big, too small, misshapen or discoloured). They sell such crops at reduced prices, feed them to animals and use them to produce things like juice, sauces or pre-chopped packs of fruit or veg—where the look of the produce doesn’t matter. Plus, customers' willingness to buy “ugly” produce has risen.

So, where in the process does food waste first occur? Most farm-based food waste is generated by harvests that never get picked. Up to 20% of the food we grow is simply left in the fields. This usually happens when the cost of labour to pick the produce is higher than the revenue from selling it would be. On top of this, safety guidelines often don’t allow farmers to let people who don't work for them harvest the produce and take it away for consumption. However, some environmental activists partner with producers and organise volunteering groups to do just this.

Despite 21 per cent of water, 19 per cent of fertiliser and 18 per cent of cropland being used to grow food that will never land on a plate, unharvested fruit and vegetables is not the biggest culprit when it comes to food waste. They at least have the benefit of enriching the soil, and are accountable for just 16% of overall food waste.

At restaurants, diners leave 17 per cent of their meals on their plates, and 55 per cent of edible leftovers are left at the cooking stage. While restaurants should do their best to reduce waste on their side, we can also take our share of the responsibility as consumers—by ordering according to how hungry we are and taking any leftovers away with us (preferably in a reusable container).

Shops fill their shelves with more than customers can buy because of a behavioural trick. As shoppers, we don’t usually buy the last product on the shelf because we assume there is something wrong with it. (This phenomenon is well-explained in the documentary Just Eat It: A Food Waste Story—one to watch if you’re interested). That’s why having surplus stock is a standard thing for big chains. However, supermarkets try to fight retail waste by reducing the prices of food due to expire soon. And some governments—such as the French one, for example—have even enshrined in law an obligation to donate surplus products to charities.

The biggest share of food waste is generated by us, consumers. The first reason for this is overbuying. We often follow marketers’ nudges and buy more than we need, shop without a clear idea of what products we need, and buy certain items “just in case”.

Plus, since 1972, our fridges have become larger—so we buy more food to fill the space, and end up forgetting about things stashed in the deepest corners.

When we buy more than we can eat, food is more likely to go off, and we have to throw it away. But we also sometimes waste perfectly edible food just because the “best before” date says its time is up. In fact, these dates on the packaging are often just the best guess of the producers—they don’t necessarily mean the food is no longer edible.

When it comes to the environmental threats food waste poses, the main impact is its contribution to climate change. 8% of greenhouse gases are emitted globally by the production, processing and shipment of wasted food, as well as by this waste being buried in landfill. When decomposing without oxygen, food and other organic waste releases methane—a greenhouse gas which has a warming potential 25 times bigger than CO2. On top of this, when we waste food we also waste all the land, energy, water, transportation, packaging and other resources that were used in the process of getting the food to the shelves.

Unfortunately, chucking food away is still the most popular scenario for dealing with food waste. It’s cheaper and easier to just dump all waste in one place. In some countries, such as the UK, food waste is often incinerated with general waste. But burning organics is not the best solution either, because more energy is needed in comparison to burning general waste—due to the moisture food waste contains. Moreover, it wastes precious nutrients that should be returned to the soil, to ensure it remains fertile. Composting is a great way to deal with food waste—and it’s not just for private house owners either! There’s a wide range of in-house and outdoor composting possibilities available for small flats, schools or communities. Some municipalities also collect biowaste for composting or producing bioenergy—or sometimes both. However, the best solution is always to avoid letting food go to waste.

Firstly, try to bring no more food home than you need. In addition to the personal tips on how to shop with less waste that we covered in our previous article, we have another suggestion for people who share their fridge and dining table with someone else (as in a shared house it’s not only you, our reader, who may bring food home). Share a shopping list to see what you’ve run out of and what has already been bought by someone else.

When you have a fridge that’s full of food, you may find the following tips useful:

We hope you now have a full arsenal of knowledge and life hacks to avoid wasting food. Share this article with your friends to help them prevent food waste too! 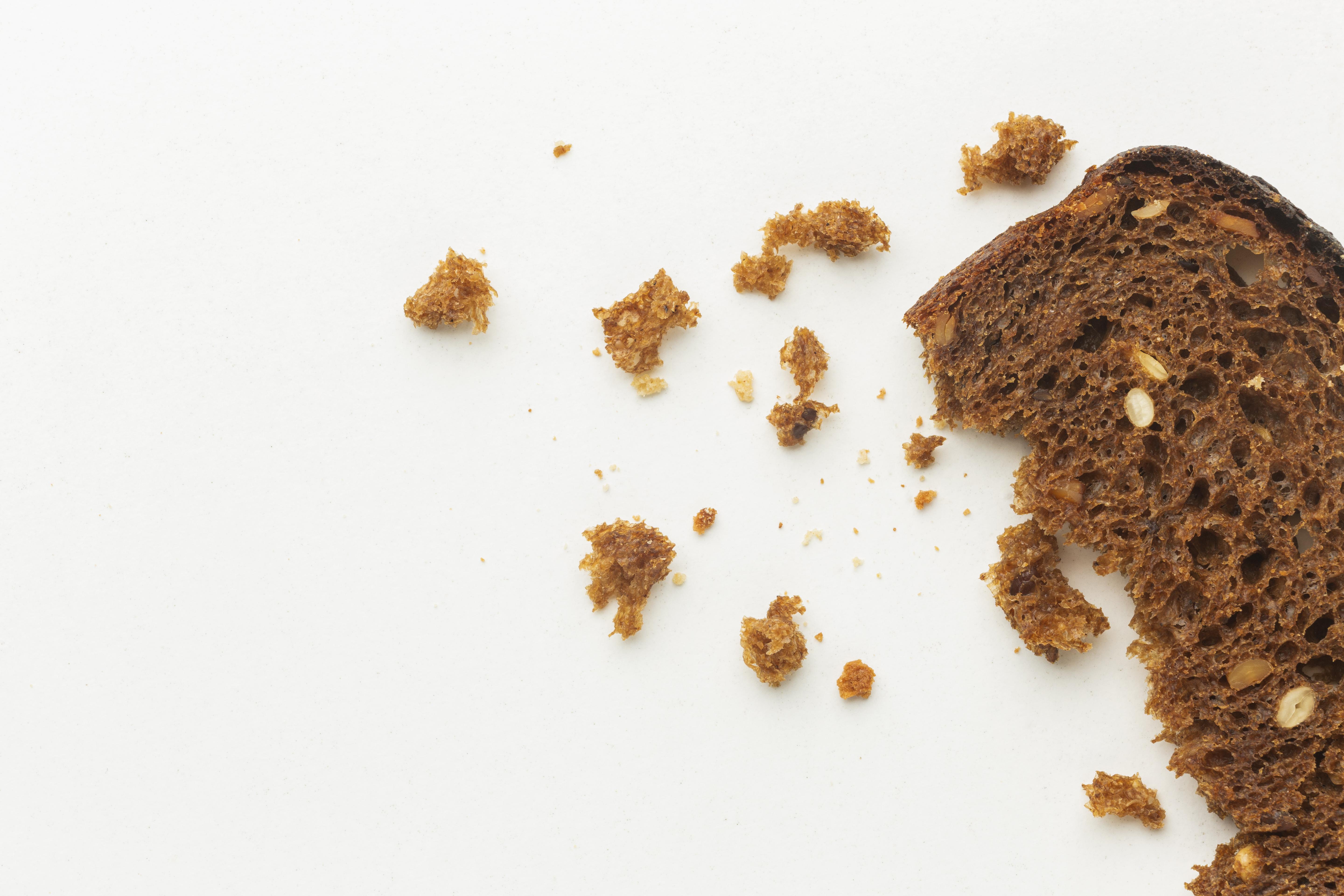 Often it’s plastic waste that’s the most demonised by society. But food waste also has a big impact on the environment! Let’s look at the issue closely, and uncover the solutions together.