Let’s Do It World presents: We Are Smart

The Let's Do It World movement and pop duo from the Netherlands, Nylon Six share a mission: to motivate and unite people to clean up our planet. "We Are Smart" is a song dedicated to World Cleanup Day 2021, meant to inspire people to clean up litter and to do things differently. It’s time for action!

Singer Lasahka says: “I live near a lot of greenery and water. Very nice at first glance, but if you look a little closer, you can see it: litter. Everywhere. Especially plastic. I walk the dog a lot and pick up a lot of plastic. Children from the neighborhood help out to earn money. But the flow is endless. What you pick up today will be there again tomorrow. Our waste is a huge problem! Because I can't clean it all up on my own, I wrote a song about it. Music is a great way to get the message out.”

“We Are Smart” is a catchy pop music track that calls on you to think about plastic pollution and actively look for a solution. Illustrator and plastic picker Marike Knaapen translated this message to an airy but striking video. She put her heart and soul into making this video. Marike is not new to environmental activities herself. Previously, she has caught the attention of the press by picking up itter from a local fast food restaurant for one month. Every day she brought a full garbage bag to the counter of the establishment. After all, it was theirs! “When Lasashka called me to ask if I could create images for this song, I didn’t have to think about it for a second. I feel very involved in the wellbeing of our planet, and I am very annoyed by the infinite stream of litter. It’s everywhere! I’m glad I can make a contribution to help spread the message to clean up the world,” said Marike.

Nylon Six is a Dutch-American pop duo. Singer/songwriter Lasashka is from The Netherlands. She lives in Amsterdam. Besides a singer, she is a photographer, specialized in portraying the elderly and disabled people. She is a mother of two, married and loves to spend time with her dog and her horse. From early childhood, she was concerned with worldly problems. She became a vegetarian at an early age, volunteered in care for the disabled and has been picking up litter for years now, which she talks about with the municipality. In writing music, she can express her vision and story about all sorts of worldly subjects.

David K. is an American musician, composer and producer who lives in Chicago. Besides producing music, he is a traveller and a dedicated writer of, as he describes it, “singularly-elusive make-believe half-truths”.

David K. and Lasashka met on the internet and found out they had an extraordinary musical click. Although they had a couple of meetings in music studio’s in Berlin, they mostly communicated via the internet, partly due to the Covid-19 restrictions. For amazing results Nylon Six had the best session musicians play the music live in studios in Berlin, Amsterdam and Chicago.

Video artist and illustrator Marike Knaapen is from The Netherlands, where she lives in Zutphen. She likes trees and fresh air. She works for the national newspapers and in her spare time loves to ride horses and walk her dog, while picking up trash. She lives with her partner in her second home in Italy half the year, making homemade olive oil on the property.

World Cleanup Day is using music to inspire and motivate the world to end the global waste epidemic. “We Are Smart” fits the goals of World Cleanup Day perfectly. Spread the word, share the music: Let’s do it, we are smart! 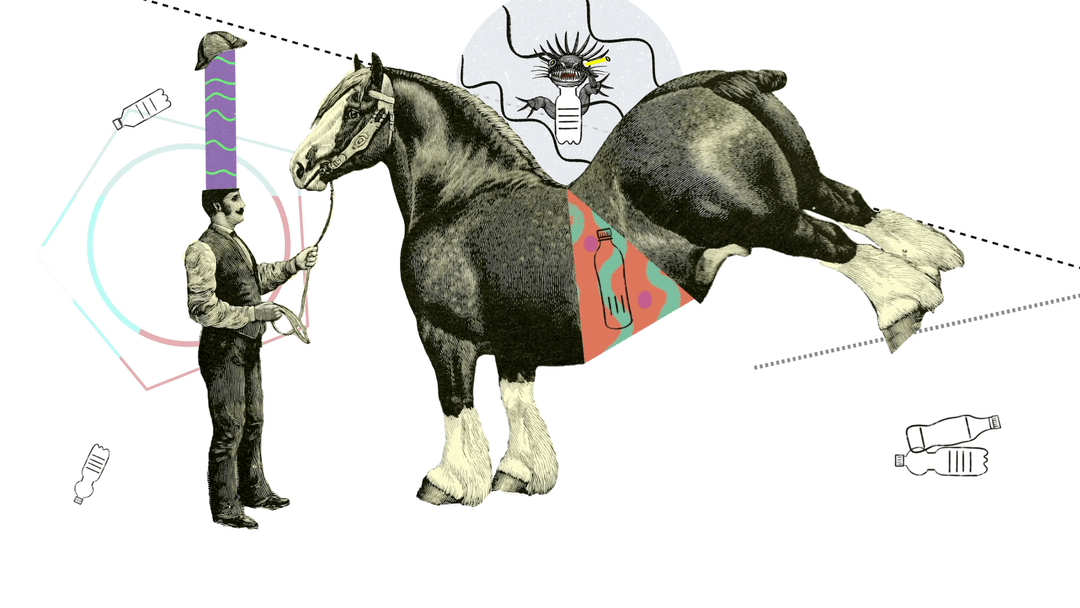 The Let's Do It World movement and pop duo from the Netherlands, Nylon Six share a mission: to motivate and unite people to clean up our planet. "We Are Smart" is a specially written pop song, dedicated to World Cleanup Day 2021, meant to inspire people to clean up litter and to do things differently. It’s time for action!