Odds and Ends: How Organic Leftovers are Transformed into Useful Things

Despite the fact that organic waste is biodegradable, it slowly turns into a potent weapon when buried in landfill. While rotting, organic waste releases methane, which speeds up climate change and causes uncontrolled landfill fires. Eco-oriented entrepreneurs are doing their bit to prevent this by developing a circular economy in which organic matter doesn’t leave the production cycle as waste, but instead gets a fresh start. They take odds and ends destined for disposal from various food production systems, and turn them into new products. Check out the following examples, and who knows—maybe you’ll be the inventor of the next innovative way to make use of organic leftovers.

Every year, more than 110 million tons of citrus waste are produced around the world. Peel makes up about 20% of each orange. While citrus peel still has a use, it is usually disposed of.

Peels are a valuable source of cellulose. Entrepreneurs from Italy, one of the leading countries in orange juice production, noticed its potential value and started transforming it into a silk-like fabric. Orange Fiber mixes extracted orange cellulose with cellulose taken from wood. It then becomes yarn, which ends up as TENCEL™ Lyocell fabric. The cloth is biodegradable and compostable under industrial, home, soil and marine conditions, as shown by its TÜV Austria Belgium NV certificates.

Disposable plastic tableware poses a double threat to the environment. First of all, because it is especially thin and often contaminated with food leftovers, it is almost unrecyclable. Secondly, single-use plates, cups and cutlery are often put to use in nature spots where, unfortunately, they often end up polluting the environment. Replacing fossil fuel-based tableware with paper versions doesn’t fix the problem though. For their production, only wood is used (not recycled paper), which means trees must be cut down to become the plates that serve you for just half an hour. And if sent to landfill along with other waste, it behaves just like any other organic waste, as described above.

The Polish company Biotrem offers a more eco-friendly way to serve meals where reusable plates are impossible. They produce edible tableware made from just two ingredients: wheat bran and a small amount of water. High pressure and high temperature processing solidifies them into the shape of plates, bowls, forks and spoons. After use, you can eat your plate (food-grade bran is used for production), feed animals with it or compost it.

Coffee is one of the top three most popular drinks in the world. In total, we drink about 2.25 billion cups of coffee every day, which results in 18 million tonnes of waste coffee grounds produced annually around the globe.

But the potential of coffee beans after brewing often isn’t exploited to the full. Spent coffee grounds still contain valuable chemical compounds. So British company Bio Bean contributes to the circular economy by extracting coffee flavours, dyes and pigments from them.

Another brand deals with coffee grounds in a very creative way. Ochis from Ukraine produces designer glasses from this type of waste, mixed with natural oils. The final plant-based compound is smooth, durable, and smells like coffee. The company also takes broken glasses back for repair. If restoration is impossible, they reuse material for new collections. Residual waste is crushed and left for photodegradation, after which only harmless nitrogen compounds remain.

Only the best-looking bananas reach our supermarkets. If the fruit (well, botanically a berry) is too straight, too bendy or too big then it doesn’t meet supermarket guidelines, and is discarded. After harvest, almost 60% of bananas are thrown away worldwide.

Natural Evolution Food from Australia transforms green bananas that were previously regarded as food waste into flour. They also produce nutritional gluten-free superfoods, health supplements for people and animals, baking products, beauty products, and ointments. Their method allows the company to save approximately 80 tonnes of bananas a week.

If you are on a mission to start your own business, look at what kinds of food production are widespread in your area, and how they manage their waste. Try to apply your nature-friendly mindset and knowledge about the economy to change the rules. Let's not let a single scrap go to waste! 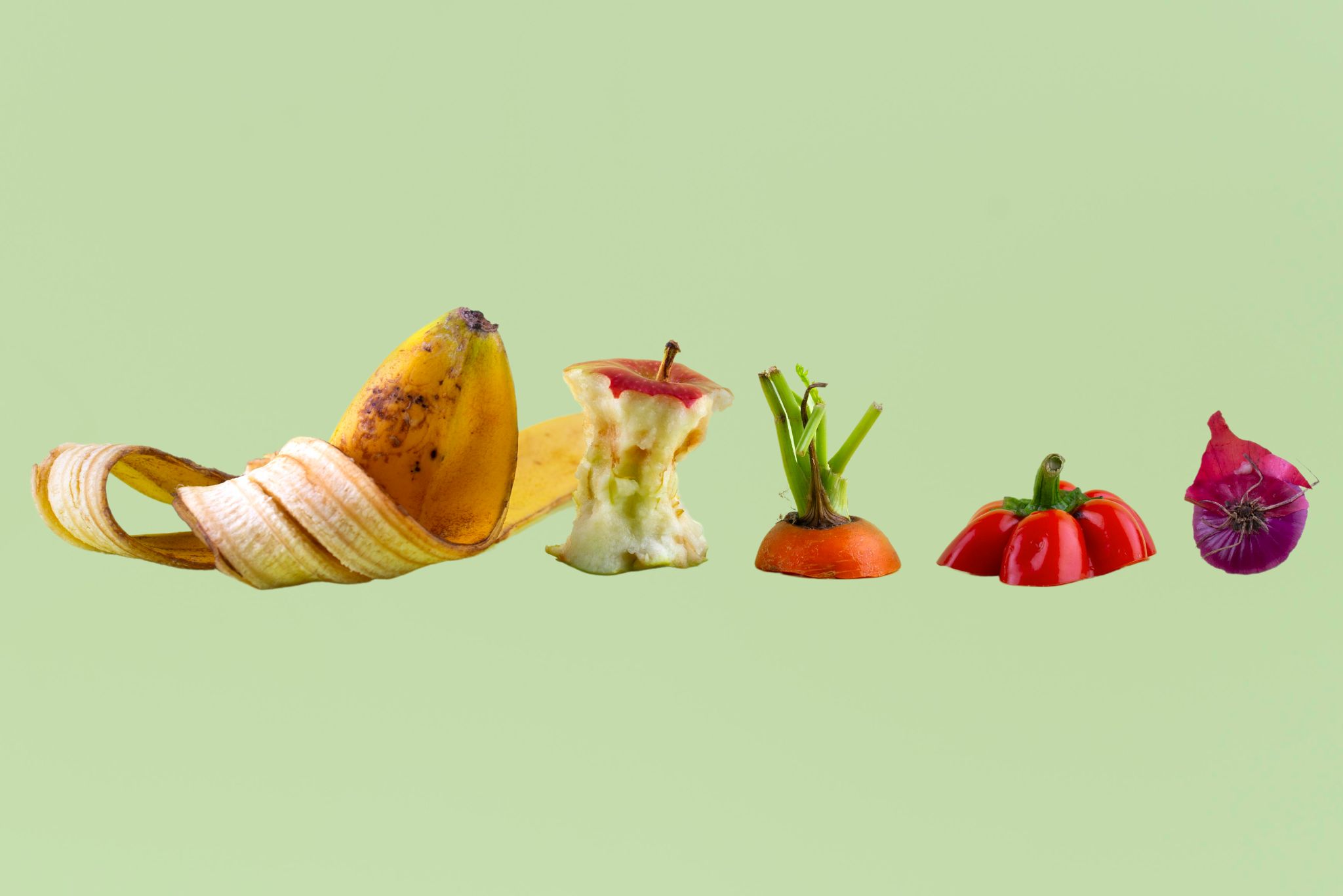 You’d never believe how useful orange peels or coffee grounds can be when they get into the right hands! Read our final article in the eco-friendly business series to learn all the secrets!