Many sustainability problems come down to human behaviour change. In these cases, providing information is important, but information alone is often ineffective when it comes to the results. People have a so-called “intention-action gap”. In Estonia, for example, where the Let’s Do It World movement was born, many people consider themselves environmentally conscious, but this is not always reflected in their actions.

Luckily, humans are predictably irrational. This makes it possible to design interventions based on behavioural sciences. We can therefore improve our results and waste less time and money on ineffective initiatives. Any environment in which we make choices impacts our decisions in one way or another. We can therefore make adjustments to this environment, to help improve our choices.

A low cost, time-saving and efficient technique for this is nudging. A nudge is any form of choice architecture (i.e. the way in which choices are presented) that alters people’s behaviour in a predictable way, without restricting their options or significantly changing their economic incentives. A nudge should be easy and cheap to avoid, if the person wishes to. For example, to promote healthy food, placing fruit at eye level is a nudge, while banning junk food is not. Nudges are not taxes, fines, subsidies, bans or mandates, according to Thaler and Sunstein, authors of the book “Nudge”. Nudges must be ethical—helping people make choices with full awareness, information, unimpaired cognitive ability and complete control.

The most famous example of a nudge comes from the Schiphol airport urinals. To help men pay attention and aim their urine directly into urinals, a sticker of a fly was attached in the centre of the urinal. Men instinctively aimed at the fly, leading to the “leaks” being reduced by 80%, according to nudge’s designer, Aad Kieboom. This nudge then spread to many other airports. And we bet the cleaning staff were happy!

What aspects to pay attention to when “nudging”?

There are four key aspects we should particularly pay attention to when developing nudging initiatives, making sure they are: easy, attractive, social and timely.

People often take the easiest route, so it’s important to remove any barriers that might stand between them and the desired behaviour. We can also create barriers that make the unwanted behaviour more difficult. This means we can redesign the way we present choices, presenting the best option as a default option. For example, at self-service checkouts, we can make not printing a receipt the default—so people have to actively indicate if they want one printed.

Now time for a test! A person is buying a coffee. Which option below would be more effective in reducing single-use coffee cups in cafes? (Note that there is no financial difference between the two—in both cases, the single-use cup user comes away with 0,5€ less in their pocket).

Most people usually assume that A is the most effective, due to its positive messaging. But research shows that putting a price on single-use cups is actually more effective. For example, four cafes in Scotland decided to lose the £0.10 discount for reusable cups. Instead, they charged £0.10 for single-use cups and reduced the base price of all drinks by £0.10 (leading to the same total cost to the customer overall). The use of reusable cups increased by 50%. This is because of a cognitive bias called “loss aversion”. On a 10-point scale, a £0.10 loss hurts us significantly more than a £0.10 gain makes us happy. We can therefore use this bias to help reduce unwanted behaviour.

In this video, you can see how putting a price on single-use cups reduced their consumption at the Nossa Familia Coffee cafe from 66% to 31%. All of a sudden, people decided that they did actually have time to sit at the cafe rather than taking their drink away, or went back to their car to get their reusable cup.

We can make a choice more attractive by having visually noticeable and thought-provoking hints. Compare the following three ways to present information about the impact of paper production on the environment. Which version would have the most impact in getting the message across the fastest: a long text, a countdown timer on the internet, or a paper towel dispenser?

“The environmental effects of paper are significant, which has led to changes in industry and behaviour at both business and personal levels. With the use of modern technology such as the printing press and the highly mechanised harvesting of wood, disposable paper became a relatively cheap commodity, which led to a high level of consumption and waste. The rise in global environmental issues such as air and water pollution, climate change, overflowing landfills and clearcutting have all led to increased government regulations. There is now a trend towards sustainability in the pulp and paper industry as it moves to reduce clear cutting, water use, greenhouse gas emissions, fossil fuel consumption and clean up its influence on local water supplies and air pollution.”

The longer text requires more effort and time to read (whether online or on the wall), whereas the paper production statistics message can be grasped more easily. However, to get the message across with the first two versions, our target group usually needs to be searching for this information online. The third message is the most effective, because it is very simple, placed within the decision-making environment and related to the action of saving paper.

Sustainability messages don’t always have to be serious. Making the right choices fun can also be very effective! For example, Ballot Bins get smokers to cast their votes using cigarette butts, answering fun questions such as “Does pineapple go on pizza?”. According to Ballot Bin, this reduces cigarette butt littering by 46%.

Another point to consider is designing nudges for people based on what matters to them. If a nudge takes into account the target group’s motivations and beliefs, it is more likely to influence their behaviour. A good example is the “Don’t mess with Texas” campaign. In this video, see how local football stars crush beer cans and stress the Texan identity and pride. During the four years it was active, the campaign reduced highway littering by about 70%.

As social beings, we are influenced by what others do, and what they approve or disapprove of. We can “advertise” behaviours by showing that others are doing them, and presenting them as an opportunity to help each other out. We can also make a behaviour more publicly scrutinised, sometimes even artificially. For example, in this experiment, people put more money into an “honesty box” on the days it had a photo of eyes above it, compared to the days it had a picture of flowers. What if we put up posters with a photo of eyes in the locations where we’ve carried out a waste cleanup. Would it reduce the amount of littering in future? According to nudge theory, it could help prevent it.

People are very much tied to their habits. Habits are behavioural patterns that over time become automatic. They are triggered by cues in the environment. This is why nudges are most effective when they come at a time of change in people's lives. We can therefore plan campaigns strategically to happen at such times. We should back this up by showing them the immediate benefits, as well as helping them plan ahead for the future.

Another point to consider is that giving feedback in real time, in a clear way and over a sustained period of time is very impactful. For example, smart energy meters can help people reduce their energy consumption by 20%.

How to put all this into action?

If you want to design your own nudge, start by getting a solid understanding of the behaviour you want to change, and working out how you can measure the results. Then you can visit the location in which the behaviour is happening, and try to understand the context by putting yourself in the shoes of the people involved. This is best done through observing people’s behaviour. Of course, you can also do interviews with people, but their reasoning about their behaviour is not necessarily always what causes them to behave in a certain way (like in the loss aversion bias example above). Make sure to keep a critical mind! Once you’ve got a good understanding of the context and your audience, you can design a nudge, test it, measure it and analyse your results. 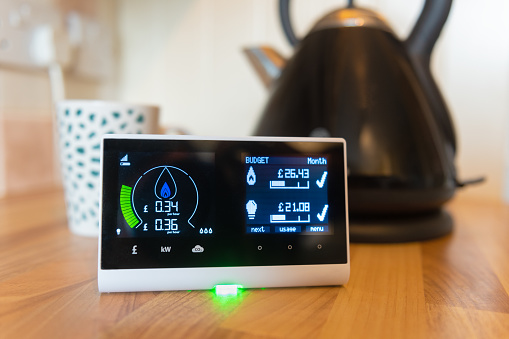 Many sustainability problems come down to human behaviour change. In these cases, providing information is important, but information alone is often ineffective when it comes to the results.